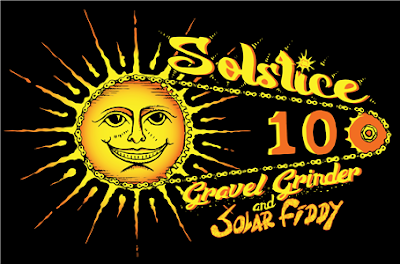 Registration for the 2019 Solstice 100 Gravel Grinder and the Solar Fiddy will open on December 21st at 8 am. Link to BikeReg registration page is available from our Get Registered tab or just click HERE. 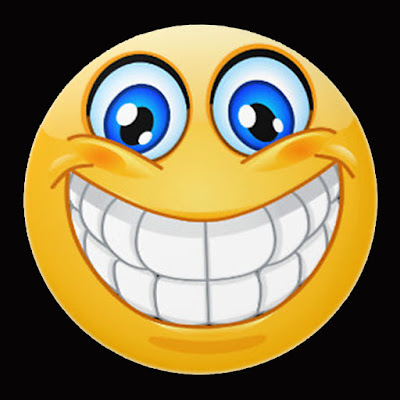 Who else is super excited for registration for the Solstice 100 and Solar Fiddy to open? Your wait is almost over, registration begins January 27th at 7 am by clicking HERE!

See You All Next Year 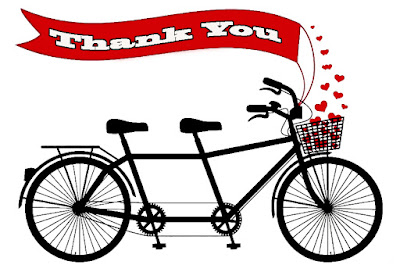 Thank You to everyone that helped with and participated in the Inaugural Solstice 100 event this year! Because of you, we were able to take the profits and make a $200 donation towards the care and upkeep of the new Chief Standing Bear Trail! See you all back next year!!
Posted by Rydn9ers at 6:25 PM 1 comment:

Email ThisBlogThis!Share to TwitterShare to FacebookShare to Pinterest
Labels: Next Year, Thank You

Just a reminder that if you want one of these cool Solstice 100 t-shirts free with your entry, the deadline to get your order in is this Saturday, June 10th so don’t dawdle and get registered. 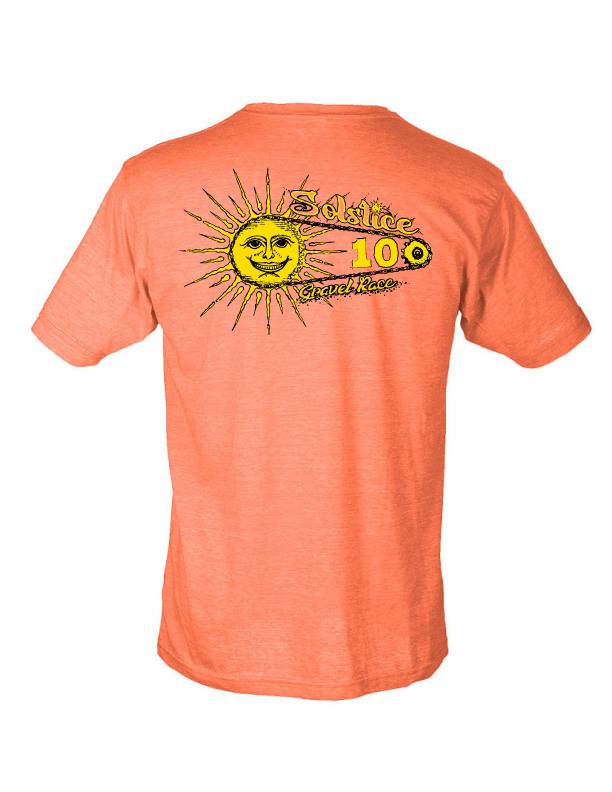 They will be printed on a Tultex unisex poly-rich blend tee, with water based inks. Extremely comfortable!! So sign up today by clicking this link and be guaranteed a t-shirt!! 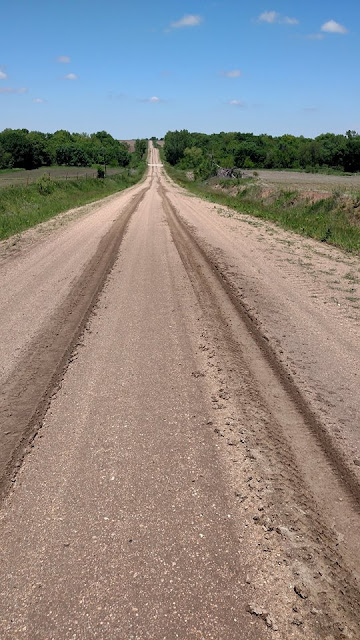 We have been receiving some questions about the route and SAG support. We have two different courses mapped out.......a rain route and our main route. If it rains the day before or on the day of the event, we will be riding all gravel. BUT, if we luck out and get great weather, we will have several miles of MMR's to ride! Routes will be released a couple days prior, and well as GPS links. There will be two mandatory checkpoints / SAG stops with water and limited supplies. Those will be at miles 35 and 71, with a couple of other opportunities to get supplies in small towns at miles 49 and 93. If you're not signed up yet, get on it!! June 10th is the deadline to get an event shirt with your registration! RIDE ON! 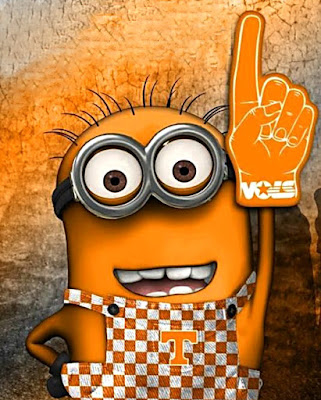 Just like Tennessee we love our Volunteers and would never go all Gru on you and treat you like a Minion. While we love the volunteers we currently have, we need more and are hoping some of you out there might help us out. Ideally we'd like to get another 8-10 hard working, fun loving individuals to help us out. 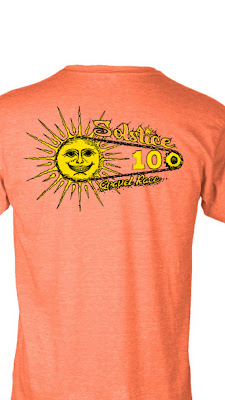 For your time you'd get an official Solstice 100 T-shirt, similar to this one but might be slightly different as the design hasn't been finalized, a hamburger and beverage and all the high fives your hands can handle. If you're interested please contact Joe by emailing him at: solstice100gravelgrinder at gmail dot com. 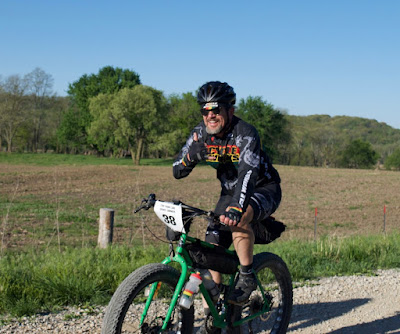 Many of you may not know Joe Billesbach, the man behind the Solstice 100 Gravel Grinder, so we "sat down" with him and asked him a few questions about himself and his thoughts so far on organizing his inaugural Solstice 100. The plan is to do another 5 questions after the race and see if any of his thoughts or experiences are different, what he might change and what he loved about the experience. So, without further ado, Joe Billesbach folks...

Tell us a little bit about yourself, where are you from, what are your interests, what makes Joe tick?

Born and raised in Beatrice NE and still a current resident, co-owner of Leo’s Jewelers, current City Council member, single with one daughter. I have always liked biking since I was a kid, but got away from it later in my years. Took up running and was an avid long distance runner for many years, completing multiple 5K & 10Ks, over 25 half marathons and one full marathon. I gave all that up last year and decided to put more time in on the bikes.

I would assume that since you started a Gravel race you must be into gravel racing, why gravel, what is it about gravel racing or riding that interests you?

I had always considered myself a roadie for years, but when I purchased my first fat bike Dec of 2015, I found that the off roads were a pleasure to ride on! I bought my first gravel bike last June and dove right into the gravel rides and races! There is so much more to see when you’re travelling the back roads of the Midwest….the old farms, it's like going back in time! And the hills!!!

What on earth possessed you to start your own gravel race?

We felt a need to introduce gravel riders to a part of SE Nebraska that not a lot have experienced. There will be some flat fast areas, rolling hills, steep hills, and even a few MMR’s. I also wanted to give back to the gravel community by providing another event to ride in. And my plans are that if we have a good turnout, I would like to donate a portion of the profits to the maintenance of the new Chief Standing Bear Trail!

So far what have you learned from your experience organizing gravel race, what is your take away so far?

I have reached out to the promoters of several other rides that I have participated in, like Gravel Worlds, the Omaha Jackrabbit, Pony Express 120 Gravel Dash, Odin’s Revenge, Gravelleurs Raid, Cool Hand Luke, and the Good Life Gravel Gran Fondo. I have found that everyone has been very helpful with any questions that I had for them and they were eager to lend a hand however they could. And I have had the help and support from so many of my good friends!

A) I hope the riders have a good time out there! I consider this a great training event for Gravel Worlds, as it will get them out on good gravel and a variety of different style roads. It is a self supportive ride, but there will be two small SAG stops, plus a couple of other possibilities for riders to stop and refuel in the smaller communities they pass through.
B) Great weather! LOL!!  I would love to see the event go as planned and flawlessly. Even though we were planning for 100 riders this first year, I believe that if we even get half that amount, it will be a success! Hoping that everyone will enjoy the custom shirts and finishers patch, as well as a burger and beer at the finish! And I hope that everyone comes back again next year!

Email ThisBlogThis!Share to TwitterShare to FacebookShare to Pinterest
Labels: Getting To Know You, Joe, Solstice 100
Older Posts Home
Subscribe to: Posts (Atom)